Celeste The Encoiled Ones The act of a while loop; a small collection On a search for Anti Patterns Fifteen Plates ://text.bugpub. Projects; 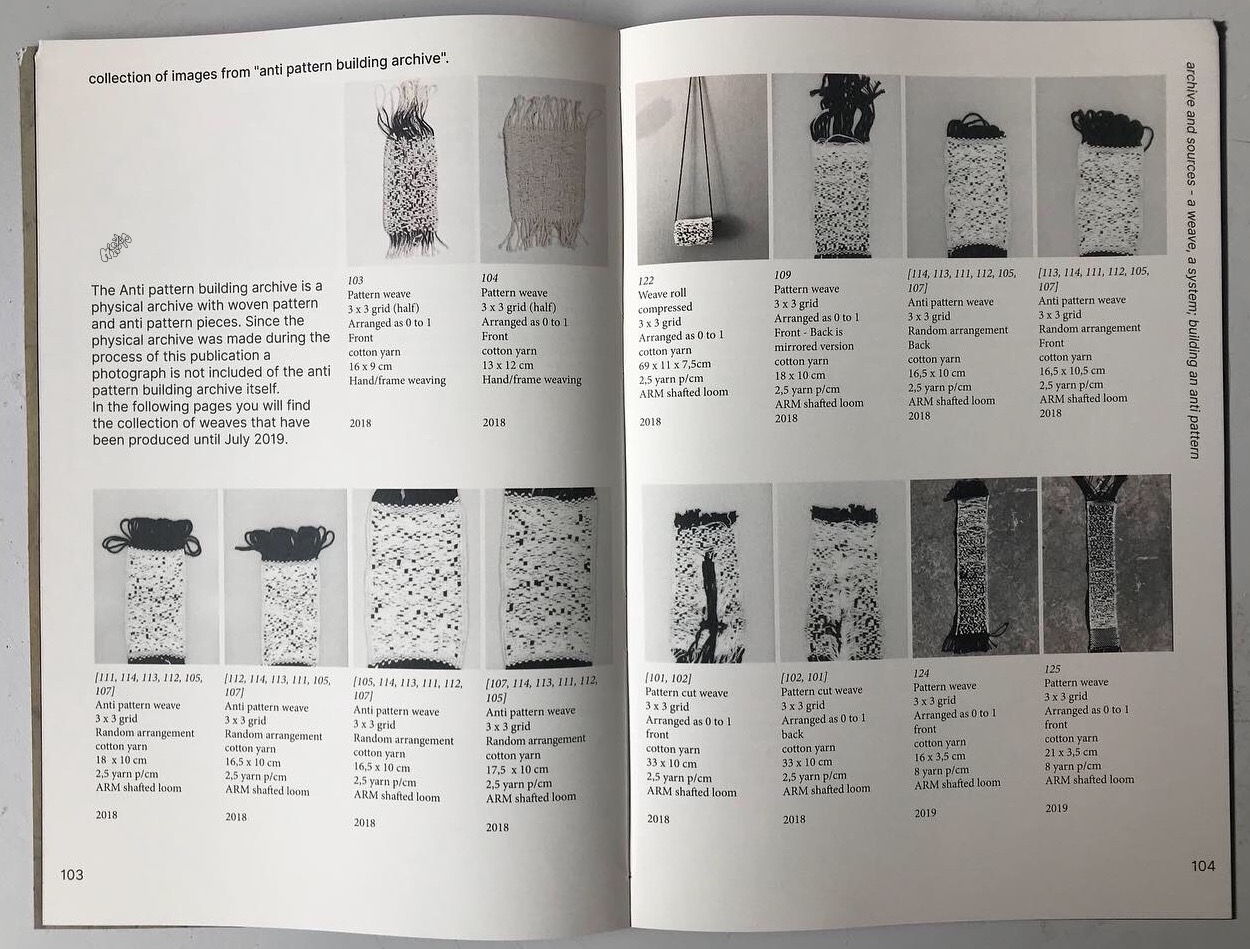 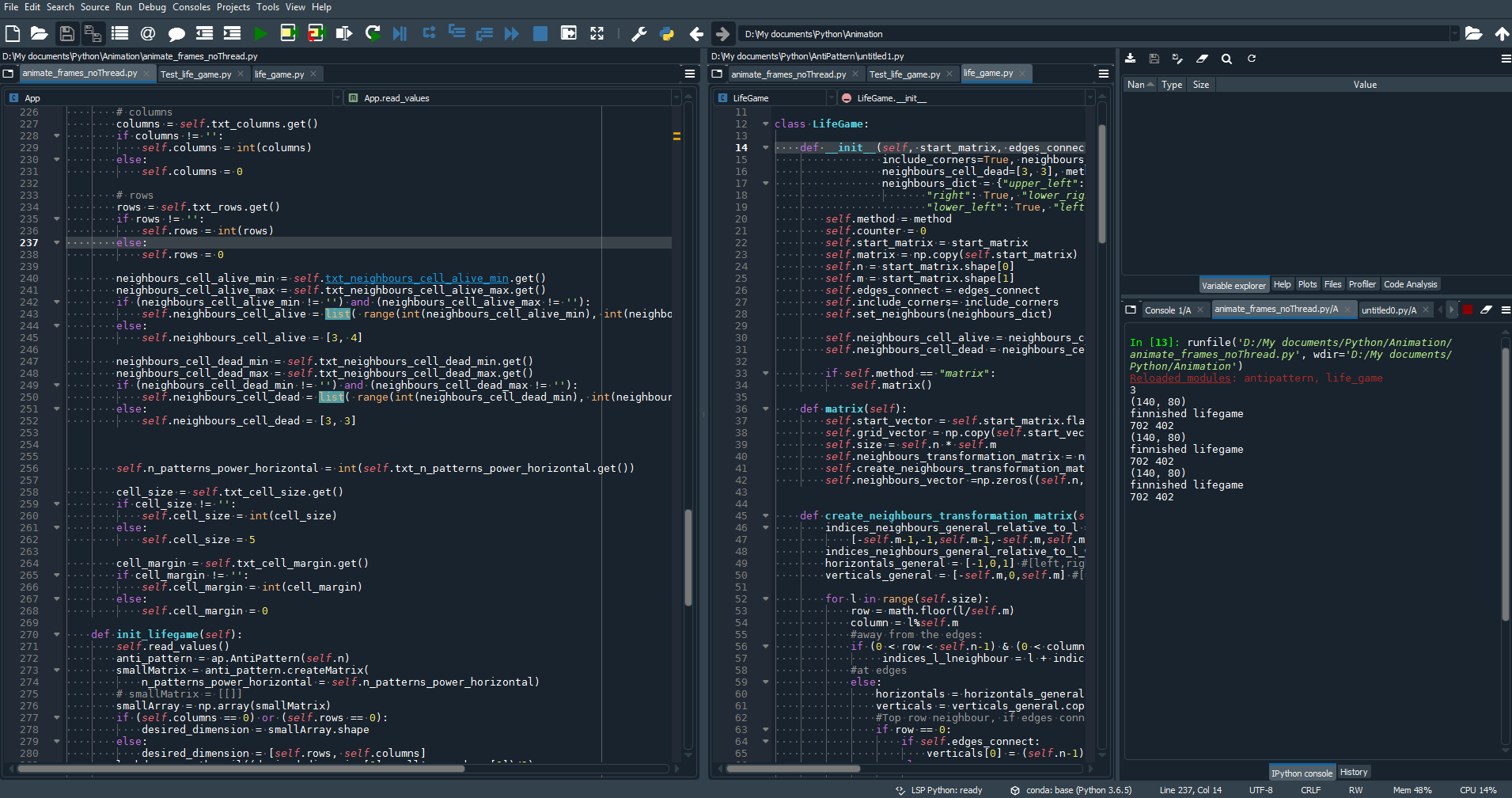 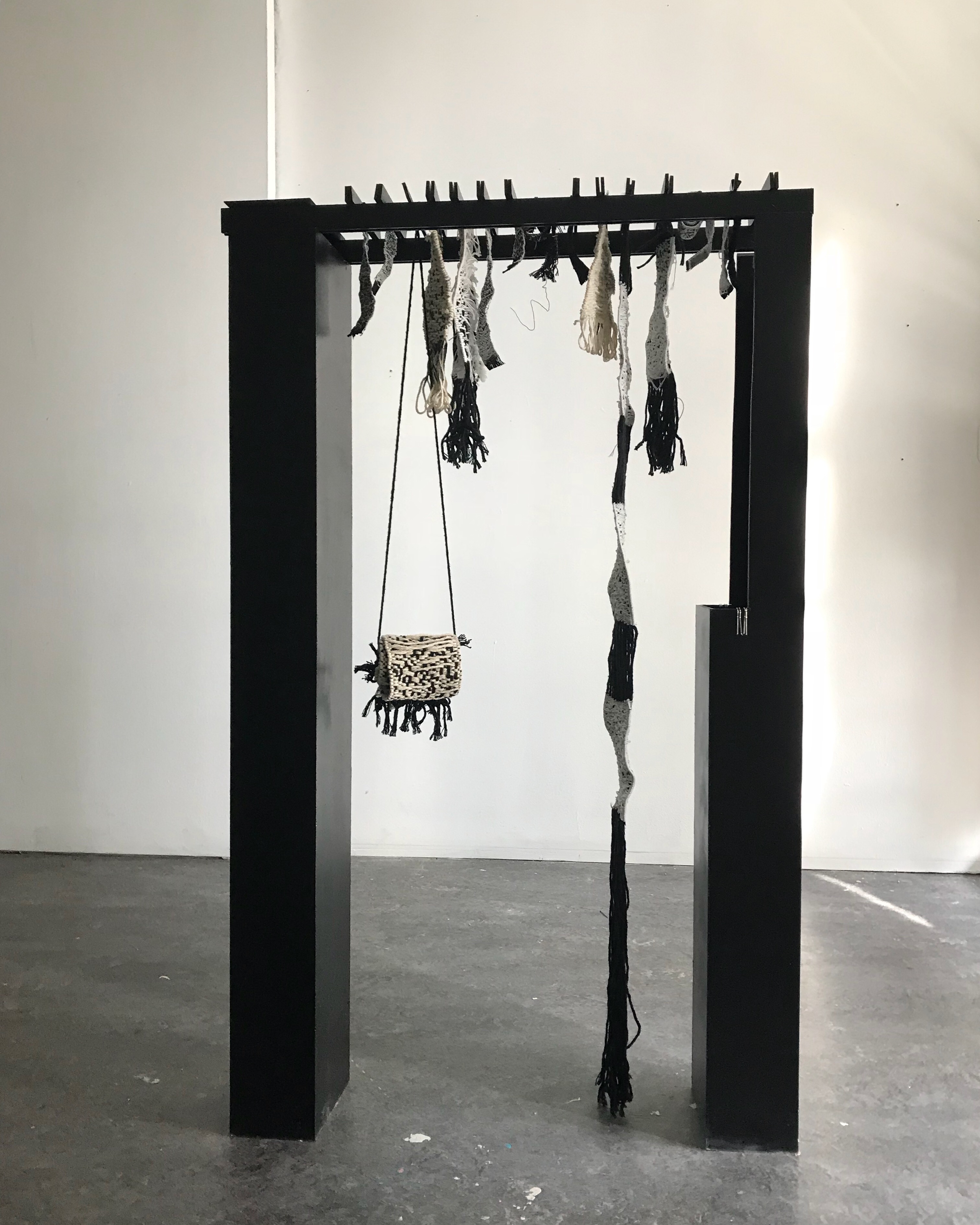 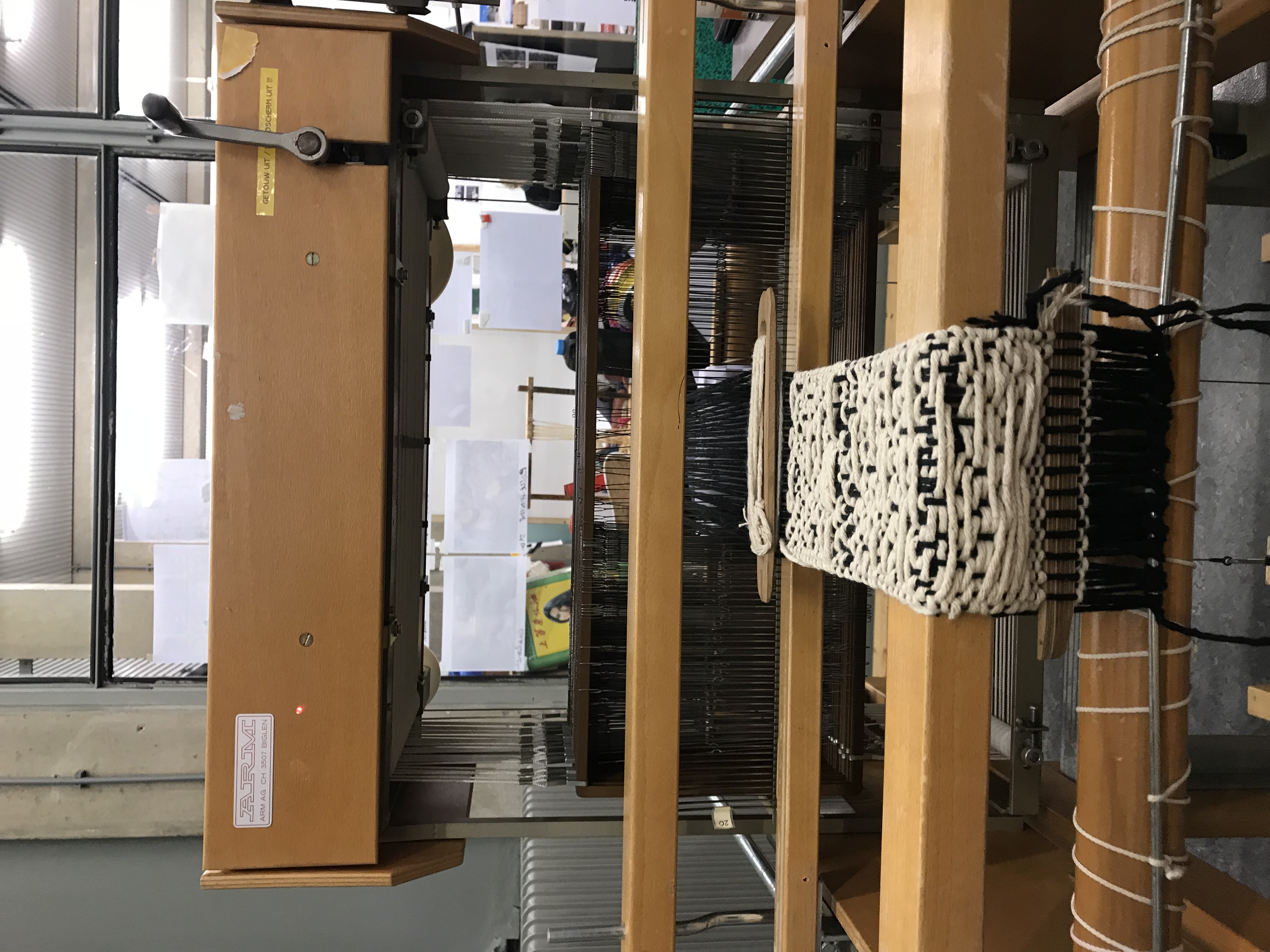 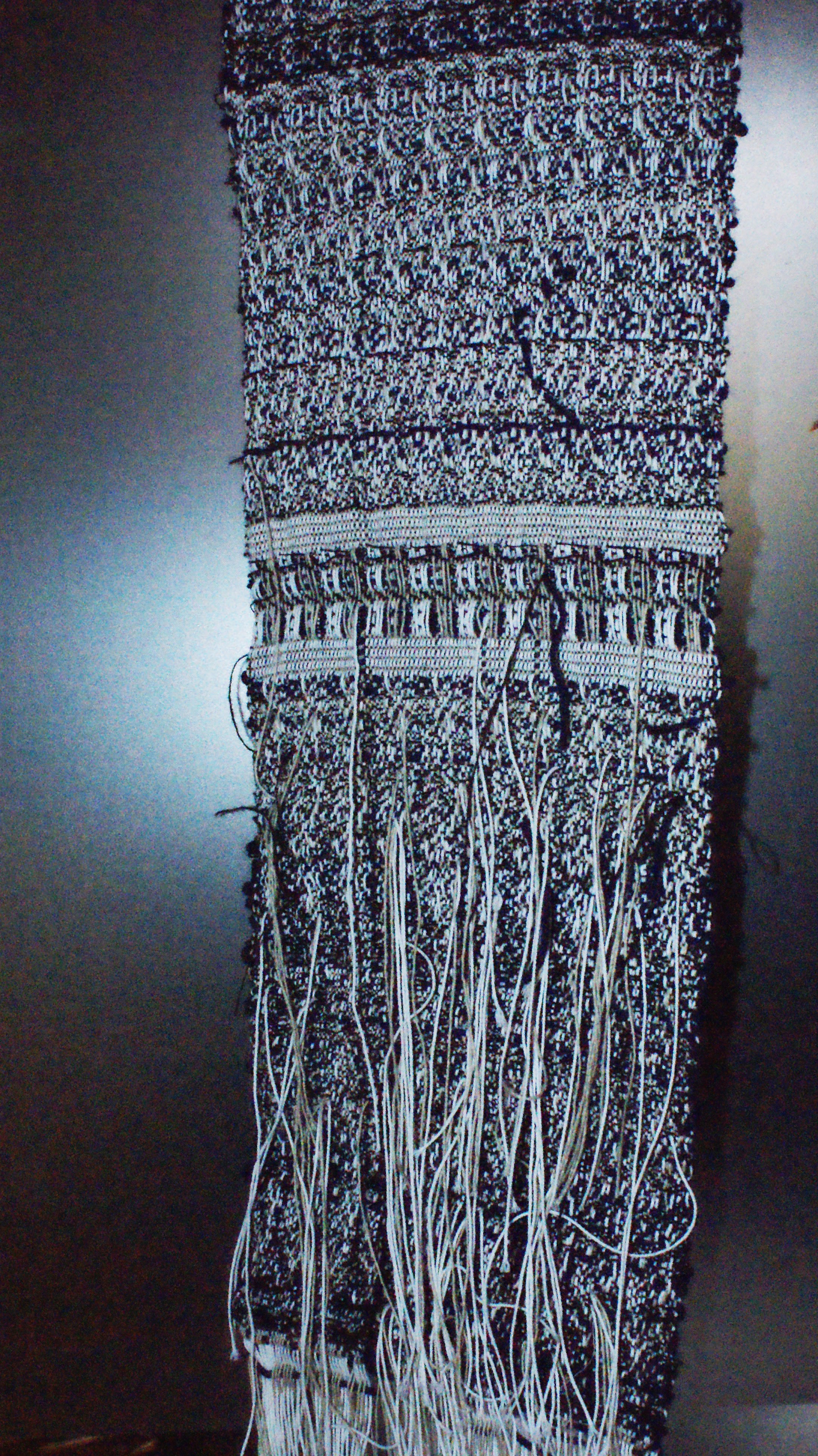 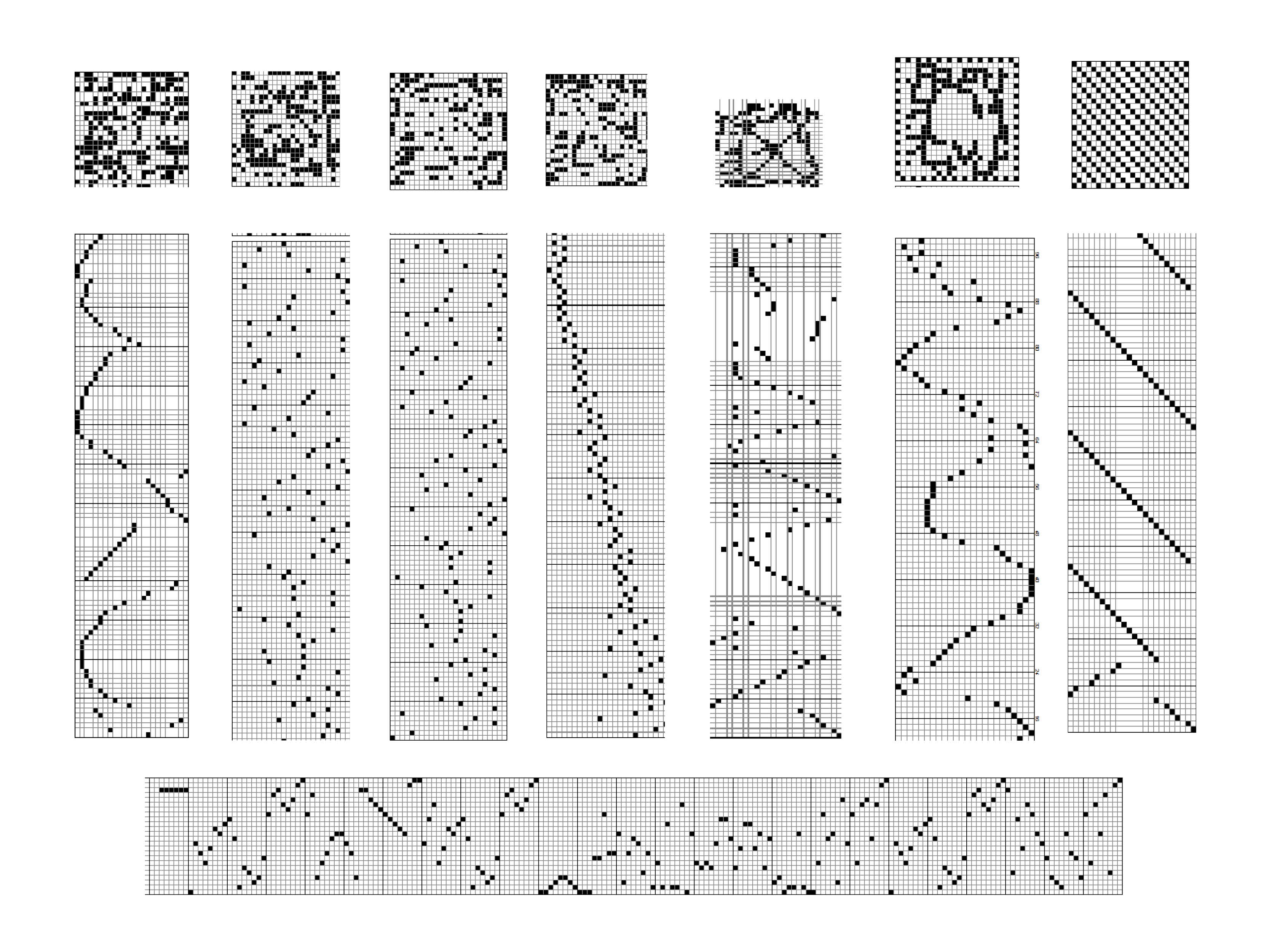 A weave, a system, cultivating an Anti Pattern

Is a finger dipped in the history of computers and weaving looms and a hand that anticipates on Anti Pattern weaving. It began with an urgency to weave a woven textile that transcended its repetitive aesthetic by not making use of patterns.

In collaboration with Arthur, a program was established to help us calculate non identical combinations in pixels which can be used as digital punchcards for the loom. After some actual weaving it came to light that these non repetitive patterns still looked like patterns even though assembled with computational precision. It is inevitable that in theory, the black and white combinations do not repeat, however woven in front of us the eye seemed to know better.

Our program does not behave as a calculation tool anymore. Now, before becoming a digital punchcard the element of participation is introduced. Through the parameters of the loom a basis is established. The participator accord values to a basis so that the pixels start crawling before ones eyes. At any run the participator can harvest a digital punchcard, here we ignore the computational precision by trusting the ability of sensible selection. To set up our program as a game is highly inspired by John Conway's Game Of Life and illustrates on a low level basis; possible hypothesises of evolution. Nevertheless (not to undo this principle) the Game Of Life is a programming game.

The computer's program, who is closely related to his weaving ancestor, doesn't escape her sharp verdict. She raised important questions to us such as; what role plays the user to its woven future and will she ever escape the loop? One thing that stays inevitable; when playing with computers and patterns abstract logic seems inescapable, the interaction with zeros and ones, black or white is also seemingly able to incorporate the factor of randomness.

The urgency to escape binary principles is therefore essential in our search for Anti Patterns. 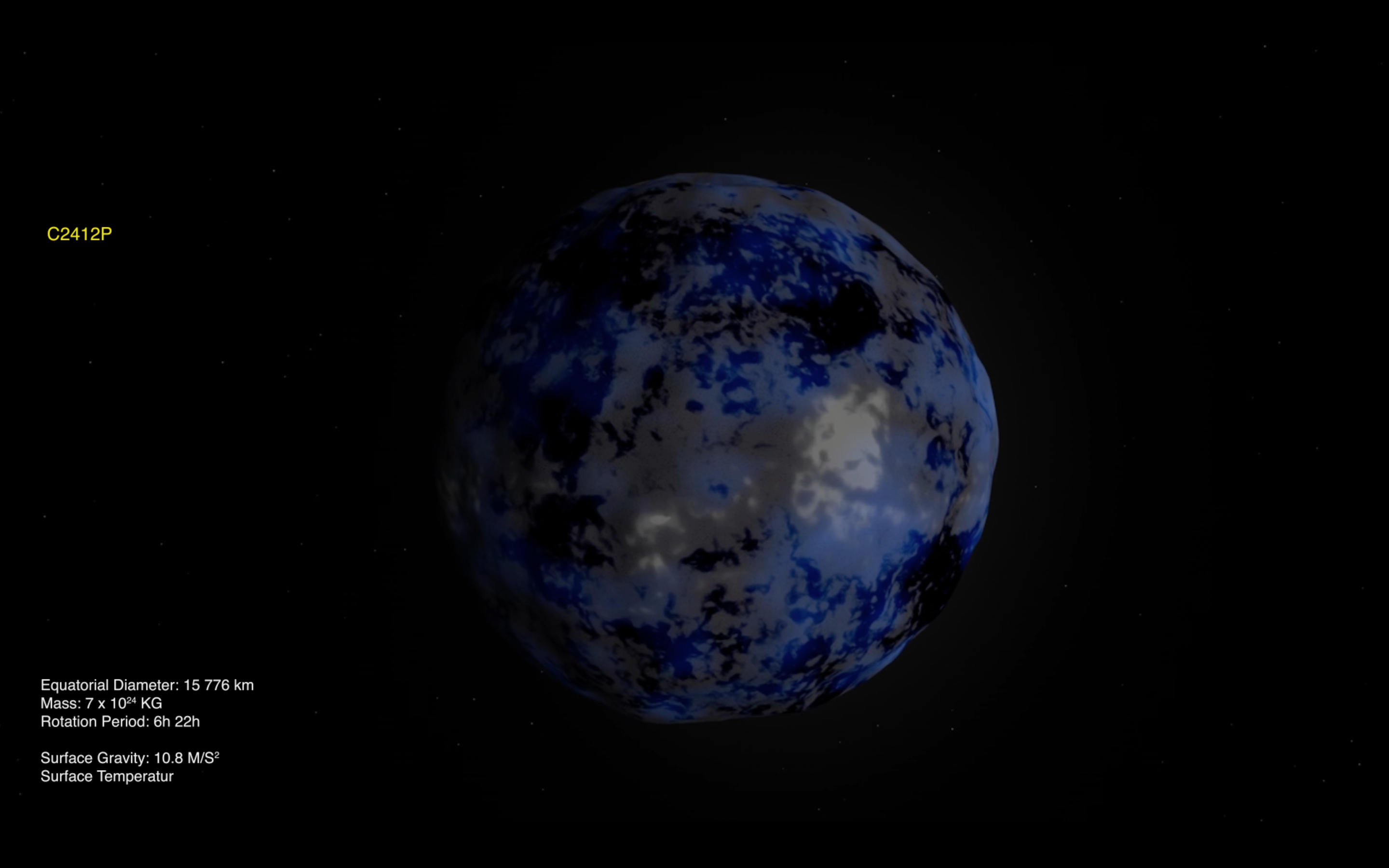 C2412P is a planet entity in the realm of Celestial Bodies. The water planet is a metaphor for large scale, undefined activity. Here, the scientist tries to extract information through binary language. C2412P narrative is that she tries to reach the scientist; translations of her script appear on the screen. The scientist too busy with its file, seems to be oblivious to translate the meaning of the new extracted information and selects what appears to be new information.

In contact with the water planet C2412P is a tragedy between a unidentified entity and the failures of scientific identification and is a reaction to how our search for Anti Patterns have been so far.

Note: The video tag is not supported in Internet Explorer 8 and earlier versions. 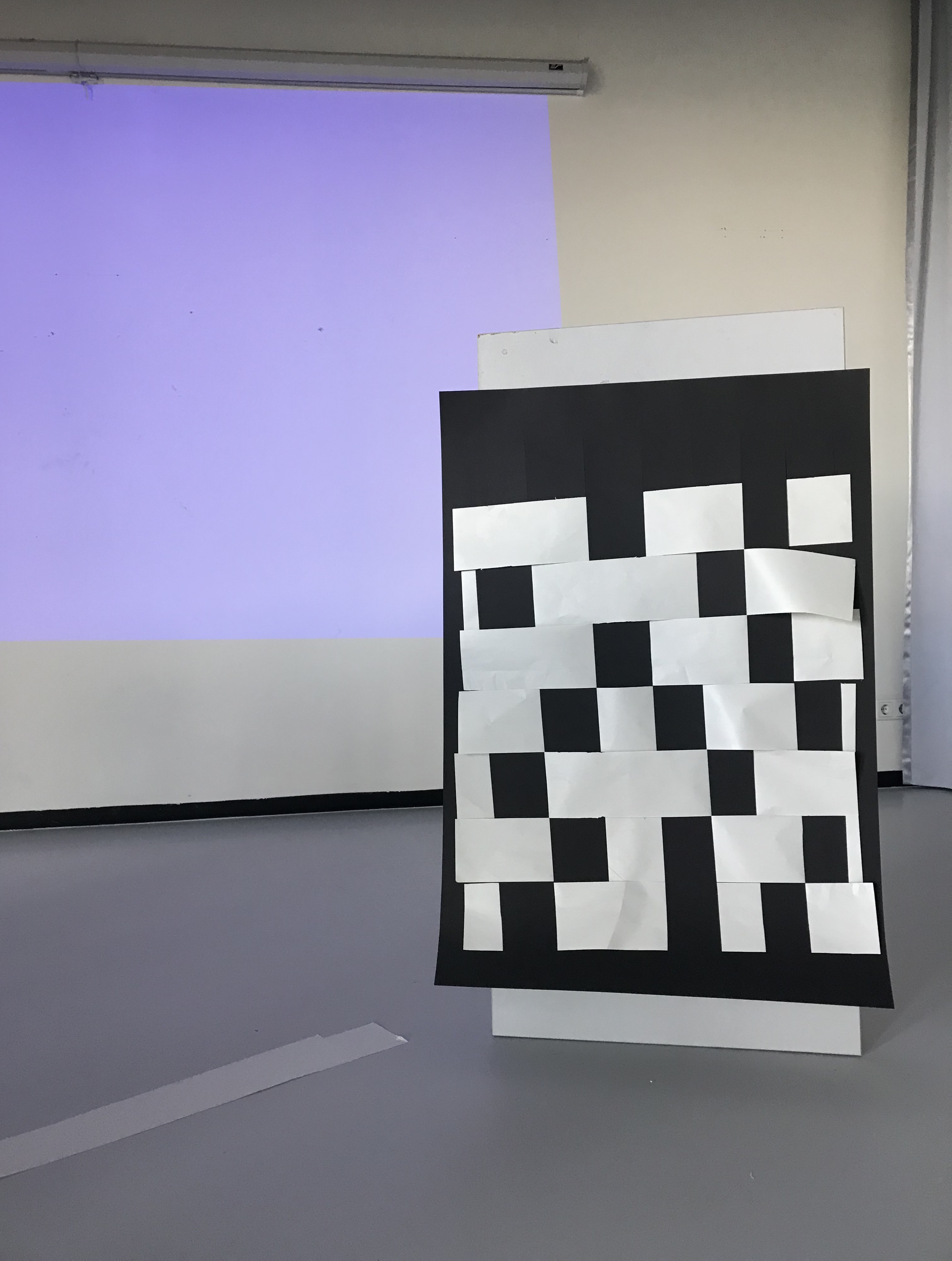